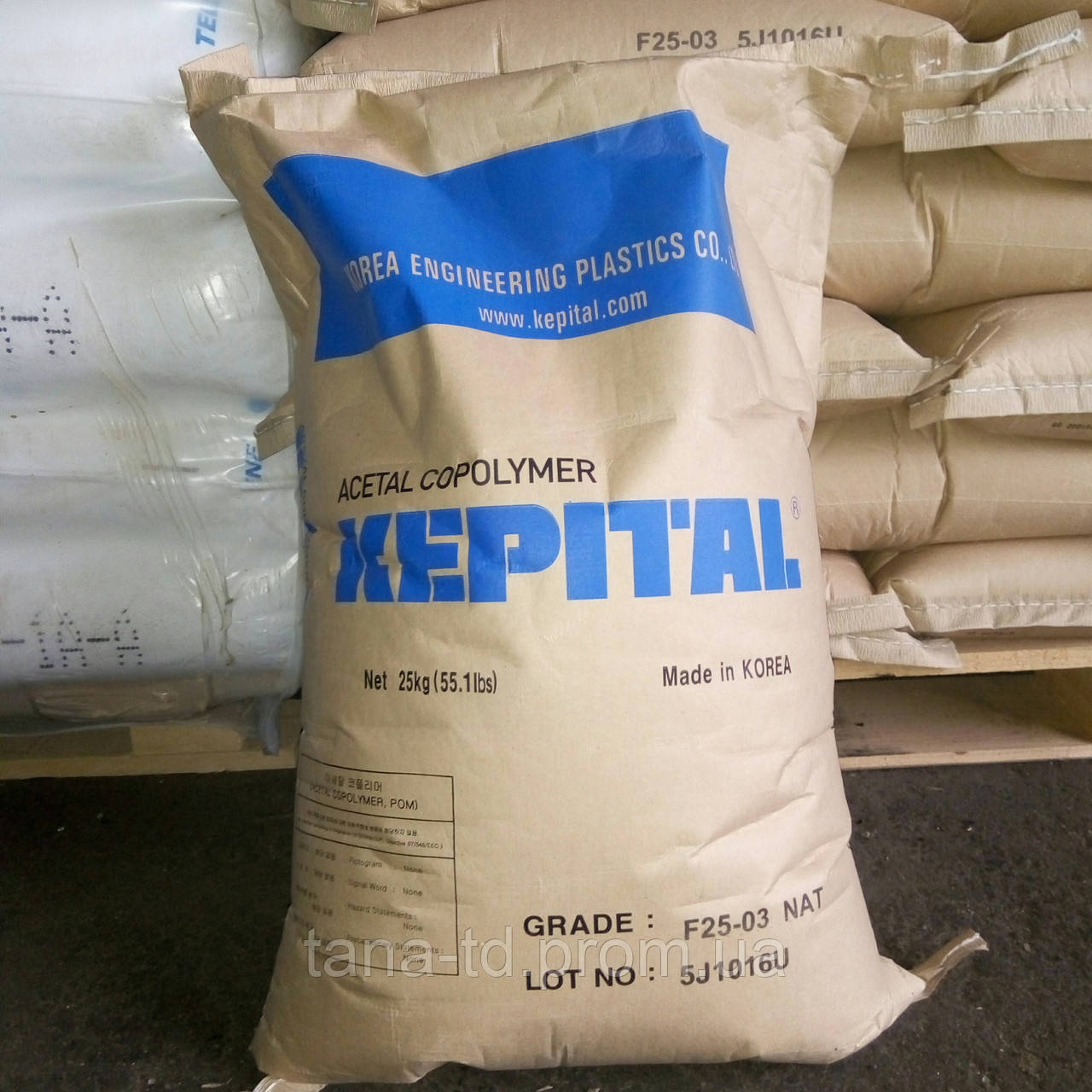 It is also important to review both short-term strength, modulus, elongation and impact strength etc and long-term properties creep, stress-relaxation and fatigue etc in determining which material to use. This is because of the fact that plastic materials are affected by varied factors such as temperature, stress and time. However, long term properties show time dependent behavior. Those properties are determined from the stress and strain curve S-S curves that shows elastic and plastic behavior of a material under a dynamic load.

The impact strength is the energy to withstand a dynamic impact rather than static stress. Impact strength can be measured in either notched or un-notched sample; however, it is generally evaluated after notch-processed on a specimen so that the stress of an impact load may be concentrated.

The shear strength is determined by dividing the force required to shear the specimen by the area of the sheared edge. As shown in Figurethe molding shrinkage of KEPITAL results from both its high crystalline alignment in solidification and its thermal shrinkage from the molten state to the solid state as a function of temperature and pressure.

Furthermore, higher cooling rates or cooling under higher pressures causes less volume shrinkage. Hardness of a plastic material is usually indicated in terms of Rockwell Hardness that measures surface pen-etration with a steel ball under specific conditions. Rockwell Hardness of a plastic is divided into a M scale or a R scale, and the higher number the higher hardness. The following figure shows the hardness differences as a function of the viscosity of the standard unfilled grades.

It is because a material deforms not only in the tensile direction but also in its perpendicular direction. When static stresses are loaded to thermoplastics constantly, not only does the initial strain occur but also an incremental strain is followed as time goes by due to its viscoelastic property.

Creep is the total strain of initial elastic deformation and plastic flow for loading time. The creep failure is a phenomenon in which a part strained and then eventually fractured under a constant stress for a long period.

Because plastics have viscoelastic properties, creep strain is more readily exhibited than in metallic materials. In particular, when designing parts such as pressure resistant containers, screw fasteners, insert formations and insertion parts for a posttreatment process, the creep property of material must be considered in advance. Designing based on a dynamic structure analysis, obtained where a part is subjected to loading once, can only provide information if a part can be used without fracture under the single loading environment.

Engineering parts are often subjected to the fatigue by stress or strain which is applied repeatedly and periodically over a long period. Fracture or failure that results from this phenomenon is called fatigue failure.

Therefore, when designed, the fatigue properties of a material should be considered.

KEP :: for a better future

The fatigue property is dependant on the frequency of increasing temperature and various stresses ranges as shown in Figure In general, there are methods for evaluating the fatigue characteristic of plastics. Thermal properties are important elements for establishing the processing conditions of a plastic material and service temperature of a finish part.

At the temperature of a melting point or higher, the r20-03 becomes molten and starts to flow to be processed.

The heat deflection temperature ISO 75 is the temperature at which specimen exhibits flexural deflection of 0. A plastic expands when temperature increases. If a material is used in a broad range of temperatures or if both plastic and metal parts are either assembled or molded together, the CLTE is very important in determining tolerance, interference, dimensional changes and in forecasting parts failure. CLTE of F10 to F30 in standard unfilled grades are very close, so influence of molecular mepital is not expected to be considerable.

Unlike metals, most thermoplastic materials are insulators with a low thermal conductivity. The heat resistance of a plastic f2003 be obtained from measurement of melting point, heat deflection temperature and linear expansion coefficient. The service temperature of plastics should be determined from long-term heat ageing experiments.

When a plastic is continuously exposed to evaluated temperature, the mechanical properties gradually deteriorate. Since the degree of property deterioration depends upon environmental factors such as temperature, stress, and time, it is necessary to select a KEPITAL grade upon the designated environmental condition.

Tribological properties are highly affected by driving conditions such as pressure on the contacted surface, velocity, temperature, surface roughness etc. The demand for longer lifetime and cost-effective products has recently increased; it has brought up the importance and interest in friction and wear characteristics, especially for self-lubricated products. Friction is the resistance to sliding of two paired surfaces and is divided by dynamical friction coefficient or static friction coefficient.

In general the friction force causes a surface temperature increases at high velocity and a squeak noise under a certain pressure. Materials that have the low friction coefficient to particular running conditions are usually effective for good tribological behavior. TSH shows extremely low friction properties in sliding against itself even under high pressure in Figure The wear occurs from mechanism motions such as abrasion, adhesion and fatigue etc among two or more sliding materials.

In terms of frictional behavior, if pressure and speed gradually increase, at a certain point a material cannot mepital any further and start to molten. The maximum value where operation is still possible is called the PV limit. A material with a high PV limit illustrates that it can be utilized under more severe operating conditions. Moreover, with recent development in electrical applications, requirements on static dissipative or conductive materials are expanding since the combination of mechanical property and electrical property of KEPITAL is attractive to the electrical markets.

Surface resistivity ASTM D is insulation resistance when certain voltage is applied across the surface of material. In general, it is a most widely used characteristic to identify the electrical behavior of keepital.

KEPITAL FA is reinforced to have high rigidity with electrical conductivity as to meet requirement for high mechanical strength and low tendency to creep. Volume resistivity refers to the electrical resistance of a material that is measured when an electric field is f20-0 across the unit cube of a test specimen. Volume resistivity ASTM D is the resistance measured based on the internal current of a material alone, and it may be used to determine its applicability as an insulator.

When a voltage is applied to an insulator and incrementally increased, if a certain limit is exceeded, large current suddenly flows to break down its insulation, and the limiting value of such voltage is referred to as dielectric strength. Dielectric strength measurement ASTM D of plastic is determined by dividing the voltage with a specimen thickness that incurs current when a test specimen prepared by injection molding is placed between two electrodes, and a voltage is incrementally increased from 0.

Arc resistance ASTM D represents the time taken for insulation characteristics to be broken down by the current applied to the surface of an insulator. Arc resistance may sometimes be influenced by moisture, dust, etc.

A thermoplastic material may show the changes in mechanical properties and dimensions in environments in contact with specific chemicals. Temperature and soaking time have an influence on those properties. To promote consistent tests with respect to differences in composition, testing fuels have been selected and used.

The test results of F to gasoline and diesel are shown in Figures and KEPITAL has the good stability in terms of mechanical properties and dimensions in contact with fuels even at evaluated temperature.

Resistance to light and weather is usually evaluated through accelerated weathering tests and outdoor exposures for specific times. In general OEM specification recommends the outdoor testing be conducted by means of weather-o-meter or outdoor exposure in Florida and Arizona. The accelerated weathering equipment can have three light sources such as carbon arc, xenon lamp, and UV lamp.

Recently, the xenon lamp, with a spectrum similar to that of sunlight, is generally used. Radiation intensity and other conditions; filter combinations, temperature, cycle configuration, are specifically set up according to the test method. The SAE Society of Automotive Engineers standards prescribe that different conditions which reflect the outdoor environment be applied to the accelerated weathering test depending upon the interior or exterior application.

For kepitl applications, the cyclic conditions take day and night into account, while for the exterior applications, the water shower has been taken to simulate raining. For light resistance and weather resistance of plastics, changes in colorfastness, surface gloss or mechanical properties are measured after exposure to outdoor or accelerated weathering. In addition to natural colors, they are processed with various colors. The color changes of F in beige, gray and red are less than that of F in natural color after accelerated weathering according to SAE J in Figure Injection molding is one of the common manufacturing methods for thermoplastics including KEPITAL as to allow even complicated design and cost-effective production.

In order to obtain a high quality of product out of KEPITAL, the recommendations and check-points on the injection molding machine are the following:. In mold fabrication, it is essential to previously review the dimensional precision, flow characteristics of the raw material, consistency of product and cost-effectiveness etc. However, sometimes moisture that exists on the surface of pellet caused by improper handling or storage may result in a silver streak or nozzle drooling, so drying prior to molding may be necessary to prevent KEPITAL from these problems.

In addition, in some cases, pre-drying is effective in reducing odor, mold deposit and in achieving a good appearance. When the melt improperly has a long residence time in the plasticizing unit, over-heating causes it thermal degradation, which results in discoloration, impairing mechanical properties etc.

The processing window; temperature versus melt residence time in the cylinder for standard unfilled grade is shown in Figure Appropriate injection pressure generally ranges to bar. If surface finish is important or the service temperature of finished part is expected to be high, higher mold temperature is recommended. To obtain a good quality product, the mold temperature must be consistently maintained so that the temperature distribution in the mold may be achieved uniformly.

In general, injection speed is set at high where there are flow marks, record marks and sink marks, on the other hand low injection rate is good to prevent jetting, blush, burn marks or gate smear, generated by high shear force against cavity wall. As shown in Figurethe weight of a molded part increases upon the hold pressure time and then stops at a certain point.